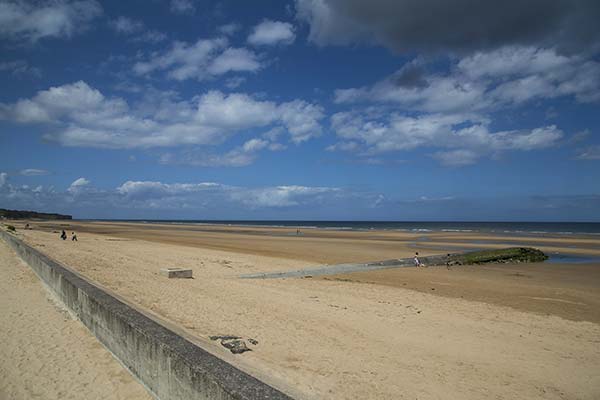 A particular category of metal detecting is metal detecting WWII sites for relics from the Second World War. For many, it is one of the most exciting areas of metal detecting. World War II is not too far back in time, so many of the items are still in good condition. In some places you don’t even need a metal detector, the finds lay loose on the ground. Of course, this applies mainly to cliffs and rocky terrain. But even in some forest areas, relics can be found directly on the ground.

In many places in Europe, there are areas, well suited for this type of treasure hunt. It can be battlefields, barracks, beaches, roads or almost anywhere. Wherever war and people have been, they have left behind metal objects that can now be found with a metal detector. The war progressed to all of Europe and detectorists have not yet investigated many places. The military did not only advance along the roads but in all fields, mountains and forests.

“At first, the two friends weren’t sure who had owned these guns and explosives… but then they found this German crest. The text, which was in German, read: Meine ehre ist treue. That translated roughly in English to “My honor is loyalty.”

The beaches of France are one such place that can be of interest to detectorists. One of the most significant invasions ever took place on the shores of Normandy. We have all heard of D-Day and the beaches that were used. While it is legal to detect on French beaches, you should be aware that several French beaches are designated as war graves and must not be searched with metal detectors. Please note that the entire Normandy region is strictly regulated concerning metal detectors and all findings of historical significance must be reported to local authorities. If you plan to go to French beaches with a metal detector, find out where and how you are allowed to detect for relics.

In former eastern states, metal detecting for Second World War relics is a widespread hobby. A hobby, not always seen with gentle eyes from the authorities. When the Second World War ended, large quantities of weapons, firearms and ammunition were discarded and thrown into waterways instead of being transported to military warehouses. Searching rivers, streams and creeks for relics from the war has proven to be very productive.

“The men are among the thousands of detectorists across eastern Europe hunting for relics of the Red Army, the Third Reich and Imperial Russia. Beneath ploughed field and remote woodland is buried treasure from a turbulent, vanishing past. Even today, the war dead lie in these lands. Sometimes bodies are found.”

Areas that today seem calm and idyllic, with forests and meadows may have been an inferno of war and fire a few decades ago. With a metal detector, you can find the traces of the people who participated in this madness. Unfortunately, you will find not only innocent things but also ammunition and explosives that can still be dangerous after a long time. So it is crucial to be careful if you stab the shovel in a battlefield in Europe.

This site uses Akismet to reduce spam. Learn how your comment data is processed.